How funny, that a low-cost local wine (made from Columbia Valley fruit) would outscore, BY A HUGE MARGIN, such supposedly-great wines as one from K Vintners and one from Beresan and one from Cascade Cliffs. All of those other wineries are well-known, and K Vintners is one of the great ones. But this red from Burnt Bridge is far better. Sharp purple fruits; good acid backbone; nice finish. It is a pleasure to drink with a mushroomy-beef-onion-garlicky-cream sauce dish.  I'd score it a solid 90. The others scored far worse. You really have to be careful, when you pay up for wines. So many times it is a poor decision.

I've had a run of unsatisfying reds lately. Cursing the luck.

The oak persists, but the fruit is mostly gone; what remains is a undercurrent of black fruit; not my favorite. No finish and almost no bouquet. Maybe it was better a few years ago, as this is a good winery. Disappointing. We had it with a good vegan dinner at Elements (formerly Willems) on Main in downtown Vancouver.

This is a difficult review to write. For years I've stated that K Vintners is one of the three best wineries in Washington state (the others being Cayuse, and Barnard Griffin's white and rose wines only).  I called those three the "First Growths" of Washington.

But something has happened to K Vintners. We went to their Spring release party, and 80% of the wines weren't good to me. Who am I you ask, and it's a fair question. I'm a wine retailer and a commercial winemaker, and I've made wine for 23 years and grown grapes for longer than that. I've collected fine wines and resold them on the international market for over 40 years now. So I'm entitled to have an opinion.

Which brings us to this wine by Charles Smith. 95 points by Robert Parker, and 94 by Wine Enthusiast. Etc, etc. No doubt, Charles has reliably high reviews by the pros. Parker said:

"The 100% Grenache 2014 The Boy is a ripe, wild, peppery, meaty, rose petal and olive scented effort that has full-bodied richness, with a sensational, layered and silky texture, as well as ripe, polished tannin and a great finish. It's difficult to find a better Grenache from the New World."

Friends, I am here to tell you that, even with perfect cellaring, at four years old this wine is nowhere close to being worth $50. It has a good cherry nose, and it's rich and silky, but it's fleeting. The palate is meh. The finish is meh.  My spouse is a very tough critic on wines; she wouldn't drink this one. Wow. I gave it two days in the fridge, but it was no better, so I didn't rob the cradle with it. There is very little to commend it at this price point. Just another example of "experts" being wrong.

Here is what you need to know: Every fiber of our imperfect mind wants to believe that a more-expensive wine is a better mind. But you need to retrain your instincts to rebel against such mistaken thinking. Italy and southern France and northern Spain and Argentina give us GREAT wines that cost from $9-$13. So why would you overpay $50 for this one? It is not ethereal. Yes, some expensive wines CAN be ethereal, and the search for them is worthwhile. But in general, any fool can overpay for wine--it is the easiest thing to do. What is very difficult is to find great wines at lower prices. That is what I've spent my years trying to master, with much success I think.

Now, understand: Charles is still a wine god to me. He can do amazing things with grapes. But I can no longer expect all his wines to be great. His Kung Fu Girl Riesling is one of the best lower-cost wines in the world. His higher-end Syrahs can be mesmerizing. But do not assume that all his wines are great. They are not. My suspicion is that once a winemaker achieves fame and fortune, it becomes exponentially more likely that their quality will slip. Just my opinion.

Maryhill Winery to build a wine tasting room on the Vancouver waterfront!

This is good news. That development is exciting--close to our Vancouver house. It will continue to drive Vancouver forward economically.

I view Maryhill as a sound winery in a great location and with a great business plan. Their "Reserve" wines can be very good. 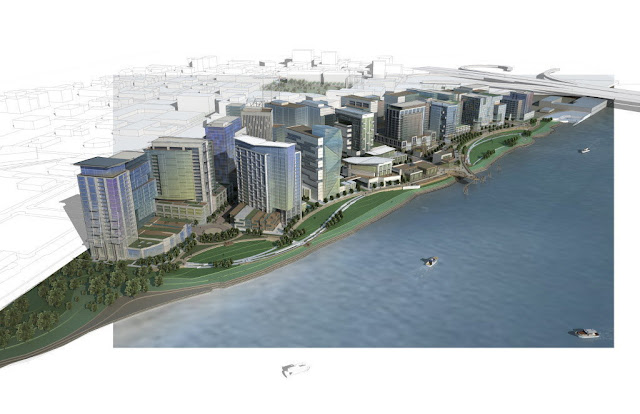 Hybrid wines continue to draw hatred and fear in Europe

This article explains just how much fear and hatred the vinifera world of Europe feels towards modern grape varieties. The animosity is the result of a century of carefully-fanned flames of prejudice. Modern varities of grapes (hybrids) are the answer to Europe's dirty little secret: Growers there are killing their vineyard workers and sterilizing their soil (killing earthworms and beneficial nematodes) with nasty sprays for fungus. But the modern grapes don't need fungal sprays--due to their partial American heritage, they have resistance!

And the flavors are good, too. I win blue ribbons with these new varieties.

But Europe has millennia of well-honored tradition, and resists change.

Let's all please drop the prejudice and the hate, and start saving lives. 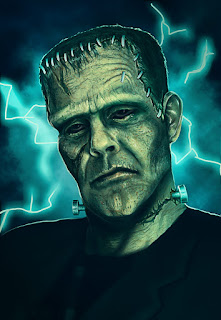 This British study indicates that both nondrinkers and heavy drinkers have a higher risk of developing dementia, which those who drink from 1-14 servings of alcohol per week see a lower rate of dementia.

So, drink up! But in moderation! 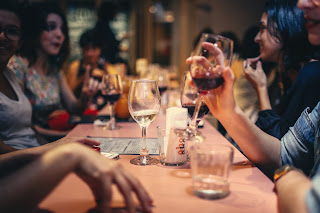 The ugly truth about the USA's western forest fires

This article explains how we have caused the massive, destructive California (and Oregon and Washington and Idaho) wildfires: In nature, about a quarter of that area's forests would see a fast-moving fire every year, which cleared out the brush, pine and fir needles, and understory plants, while sparing the large trees. Those are relatively "cool" fires, which pass through an area quickly. But they still do cover the area with smoke and haze.

But we fight the fires, preventing them from doing what nature wants, and allowing the understory brush to thrive, until a fire comes along that is so hot and fast-growing that it can overpower our firefighting efforts, and then there is so much fuel that even the large trees burn, which makes the fire linger over any one particular place and burn much hotter. And of course our homes and barns burn then, also.

What we should do is allow the frequent fires to keep the forest floor clean, and design our rural homes to survive a fast-moving "cooler" fire (large no-plant buffer around the homes). That is the price of living in the dry West--a very sparse yard, and a house made of fire-resistant materials.  Then, we could save many billions in firefighting costs, and lives. But the dry West would be smoky every summer.

But smoke is not good for grapes. It taints the flavors. Hot fires can even kill the grapevines.

So maybe we shouldn't be growing grapes in the dry West, you say? Hmm. Maybe that's right.

I have been saying "dry West," because there is a "wet West"--it's the area west of the Cascades in OR and WA. However, smoke blows wherever the wind takes it, and often lately, therer's been too much smoke and haze in the wet West for ideal grape conditions. So it's an issue in the entire west. But in most years, the wet West has enough good onshore winds, blowing from the cool, clean Pacific, that the grapes here do fine.

Lots to think about. I believe a wise government would start requiring homes to be built (and retrofitted) to be more fire-safe, and then let the forests burn, and fight the fires only to protect designated "safe areas" that are small towns and large cities. We are unable to defeat these megafires, so we need to let their awful destructive power occur once, and then perhaps the frequent cooler fires that keep the floor clean won't be so difficult to deal with, as we let them burn. 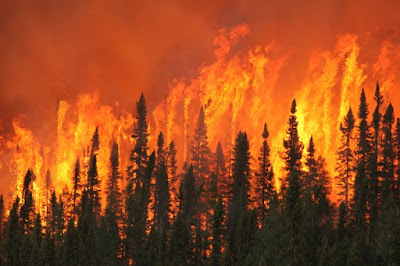 New Winery Sign - best use found yet for a wine barrel (no, they are not very good for holding wine)

I made this from the end of a French wine barrel:

1. Cut off end of barrel, keeping about 5" of the staves
2. Hammer hoops tight, then drill and screw them to the staves
3. Stain the sign
4. Take your winery name and logo in a digital file to a woodworder skilled in CNC routing, to carve those into both sides of the face, 1/4" deep
5. Take the sign to a signpainter, to have her paint the name and logo a contrasting color
6. Apply marine spar finish (multiple coats) to every side
7. Caulk the spaces between the hoops and staves
8. Drill and attach eye bolts with washers and nuts, 11" apart
9. Drill and attach hook screws to underside of hanging beam
10. Make and attach, by nails to the top side of the hanging beam, an 8" wide x 3 long cedar roof, painted with marine spar varnish, to keep some of the rain off of the sign
11. Hang the sign 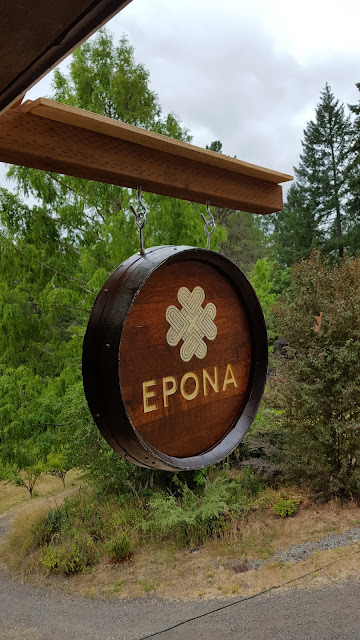