2010 Bordeaux Futures - in the Twilight Zone

Oh, my. That is Chateaux Margaux on your right. I have stood at that gate and taken the same picture that you see here.

The 2010 Ch. Margaux futures offering came out today. Each bottle of this 100 point wine (rated by James Suckling of W.Spectator) costs $1000.

That's a grand. A thousand clams. For one bottle of really, really excellent wine. And the price will go up from here. The second tranche may be 20% more expensive. Eventual retail price will be higher still, most likely.

My, my. I suppose a few Americans will buy some of these, but it seems more likely that the buyers will mostly be the newly wealthy in other countries, such as China, India, and Brazil. That is what happens when your own country (just like the UK has done) has become a second-rate economic power.

Sure, it's a fantastic vintage, but the industry is really sticking it to the consumers with these prices. It's difficult to spend more than $20 or so to make a bottle of wine, so they can sell it for A THOUSAND? A grand experiment; we'll see how it goes. I will be surprised if these wines increase 12x in value over the next twenty years, as they have in the past two decades. But if the USD falls as precipitously as some predict, that could happen. Capital gains are good, right? Not so fast--you would have a cap gain (on paper) from the sale of the wine, and you'd have to pay tax on that, but in reality inflation might have wiped out your entire gain. In other words, you'd lose money (after inflation) AND you'd have to pay tax on non-existent gain.

We should all pay our respects to the folks in our government who are driving this country into the ground, by debasing its currency with massive debt. (And we're not upset just because it's become difficult to buy fine wine ;) The nation's fiscal mismanagement reaches much further down than that. It reaches all the way past twilight.

Finally Summer in the Northwest

Our growing degree days, year to date, are now 327 (my closest station, Hillsboro), which is more than quadruple what they were a month ago (72 on May 31). In recent years the GDD's have barely more than doubled in that same time.

So we are catching up. But from a very deep hole. Our total is still the lowest of the past four years (15-31% lower than each of those years).

I've been drumming the praises of this wine for a long time; I've probably offered it three times or so. What's not to like? It's a signature rose for the Northwest: Crisp (enough acidity to match beautifully with food), fully-fruited (watermelon, cherries); dry. And it's only $9 or so (from me). Best of all, it is a Double Platinum winner by Wine Press Northwest (against only the major Gold winners). That is pretty rarefied air.

Now, it is heartwarming to see the New Seasons' wine buyer praising this wine. Here's the article:

Drink up! Let me know if you want some of this great summer wine. 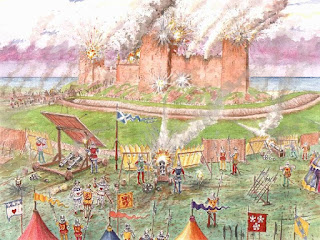 The farmer lives under siege. He/she is beset by all the following traumas, and can do little to avert any of them:

1. Predators destroy the crops: Today and yesterday, deer came into my back yard and munched my grapes, my fig fruit forming on the fig tree, my black currants, and some other stuff. This is despite my putting up deer fencing all around the back yard, at considerable cost and effort. So how did this (young adult female) deer enter, you ask? Hmm. You won't believe me. I chased it out with a stick, and it ran towards our East Gate (an arched portal across which I wove a rope lattice. Through one of the holes in that rope lattice it jumped. I measured the hole at 12" square. The deer passed its entire body through that. Go figure. So part of today was spent replacing the rope lattice with plastic mesh. It has 1" openings, so let's see the deer pass through that!

2. Birds eat the grapes' fruit. So growers put up nets, but starving birds can worm their way inside, or else peck out the grapes through the openings.

4. Moles eat the grape roots. I have become proficient at trapping them, but it takes about a month of continuous trap relocation, to finally catch one of the wily buggers.

5. Germs kill the vine or retard its healthy growth.

There is no bet available in Vegas, which has more ways to lose than does farming. I wonder how any grower puts up with it. Is it masochism on a grand scale?
at June 19, 2011 1 comment:

Found a great little Cab Franc from near Chinon, in the upper Loire Valley (SW of Paris). I'm selling the Raffault Chinon Rouge for $12 (vs $15 and up at various retail outlets which have it in stock--some stores yield search results at prices lower than $15 but when you check they don't have the wine in stock).

The grapes are grown in an ancient riverbed of sandy and gravelly soils. The wine is a bright, clean red with silky black cherry flavors. Not so great on its own (due to the bracing acidic backbone), but with food it is fantastic. Try it with summer foods (smoked salmon, burgers, pizza, Tex-Mex). Great value for high quality! Contact me if interested. Raffault makes a good rose from the same grapes, too.
Here is good info about the winery and the wines:

Freeze damage not as bad in WW as first feared

Here's an interesting article about how scattered the freeze damage is, in Washington:

Some areas escaped injury, while others were hit hard. Cayuse buried its low-lying vines (just imagine the labor needed for that), and most are safe. many sites on hillsides are safe, because cold air, being dense, flows downhill like a river and pools in the lower areas.

Separately, Paso Robles saw 50% bud loss this past April from a late freeze. And Walla Walla/Tri-Cities/Red Mountain vineyards are still running about 5-6 weeks late; we have a LONG way to go, to make up for the early deficit of sunshine and warmth.
at June 15, 2011 No comments:

That is a very deep pit from which to extricate ourselves. You heard it here first: Unless we get a very many very hot days this summer, this could become a year even worse than 2010 for wine in the Willamette Valley. It could be impossible for grapes to remotely approach ripening.

Let's all fervently hope that does not happen. Too much depends upon it.
at June 01, 2011 No comments: