Warning: This is not about wine (much):

The movie "Gravity" was a horrific fiasco. I love Sandra Bullock, but there were so many scientifically-impossible moments in the movie, coupled with so many implausible moments (in terms of characters, actions, etc.) that one could be forgiven for wondering if some sort of non-human made the movie, say, a recently-raised-to-sentience dog who understood nothing at all about human nature, NASA, motions of bodies in space, or moviemaking. Bullock did a great job in the movie; it wasn't her fault.

So it was with some trepidation that I approached Interstellar, but having read that the movie makes a concerted effort to get the theoretical science right, I went for it. Glad I did. The movie gets an enthusiastic B+, by which I mean fairly high praise.

The strengths of "Interstellar" are:
1. It provokes useful thoughts about science and humanity (as opposed to Gravity, which provoked only thoughts negative about the movie).
2.  There are several truly gripping moments in the film, with great suspense.
3. At times the heavy organ in the soundtrack was a powerful companion to the movie's mood, and also somehow helped the story along as well.
4. The flick takes a deep look at the current boundaries of our understanding of science. In some ways it's a nice adjunct to a real science class. Yet it didn't feel too preachy.
5. If you are a dad with a young daughter (or if you ever were), you will probably get wet eyes. The film has several very realistic human interactions, and of course this is where 99% of SciFi flicks fall short.
6. The movie gets a lot, an awful lot, of the science right, such as its attention to the relativistic effects of fast travel upon the perceptions of time, and such as the difficulty of docking in space.
7. The evilness of the Matt Damon character was well-portrayed and believable. Most crooks are clumsy and make mistakes, and make it up as they go along.
8. Great scenes of planetary movement! Unlike the fantasy of Star Wars, vehicles cannot swerve and turn in space, as they can in an atmosphere. The movie really, really gets this right.
9. Interviews of actual Dust Bowl survivors were a wonderful addition to the movie, as they were relevant to the story and also interesting.
10. Cool robots! Cool walking mechanism. Way better than "Hal" in 2001.
11. Some killer sets and graphics. Those alone are worth the price of admission.

Interstellar is long but for me it was the right length.

There are, unfortunately, many negatives about the movie:
a. We're told that the Blight killed wheat and okra, but not corn. OK, but what about rice, barley, oats, apples, etc.? And, to feed the world, we could also take much more food from the sea: more farmed fish, more consumption of seaweed, etc. No mention was made in the movie of turning to the sea for more food, when the sea covers three-fourths of our planet!
b. It was cloyingly Republican and Right-wing Christian to take the attitude that humans screwed up the Earth, so our duty now was to find a new planet. What about fixing the current planet, especially when so many Earthlings were about to die? Treating this place as put here for us to use up, to despoil (and to think that any kind of intelligent deity would want that kind of treatment of our planet), is one of the most-horrific aspects of  beliefs held on the Right side of the political spectrum.
c. No way could fields of corn survive those dust storms, and yet the corn looked GREAT!
d. No way would Earth disband its military, in a time of starvation and mass human extinction.
e. How convenient, that a wormhole was placed next to Saturn! How wonderful, that current propulsion technology could get astronauts there in only two months!
f. Nothing can escape the event horizon of a black hole, except the astronaut did. Also, you can't see inside a black hole, except the astronaut could.
g. If the small shuttle was low on fuel, how could the large shuttle make an emergency rescue drop from outer space?
h. If a planet is covered by only 12" of water, how could it form waves a thousand feet high? Especially if it has high gravity?
i. If you spent the entire movie trying to fulfill a promise to return to your daughter, why would you spend only two minutes with her, as she lay on her deathbed? Lame lame lame.
j. Michael Caine's "Big Lie" was not in keeping with his otherwise noble character.
k. Is it really so easy to steal a spaceship, to travel to the wormhole and join the professor's daughter on the third planet? When she might be in love with the first astronaut who landed there? Talk about flying a long way just to be rejected! And the movie didn't show us at all that Cooper and the daughter Brand were in love.
l. A bookcase as the doorway between dimensions? Really? What, is this, the Chronicles of Narnia?
m. So, if we humans had progressed into inter-dimensional understanding, why did they allow all the killing and travail and misery to ensue, instead of just telling Cooper's daughter what she needed to know?
m. For what possible reason would the government deny its own Moon landings? One of its crowning achievements? Really?
n. What did the revelation to Murphy (Cooper's daughter) accomplish? She apparently didn't launch the huge concrete space station. And yet Earth survived long enough for a large-ish station near Saturn. With everyone starving, how did we accomplish that? And why did we need fifty-dimension help to accomplish a station near Saturn?

Anyway, yes--you should go see it. It will make you think. A little at least. What else are movies for? 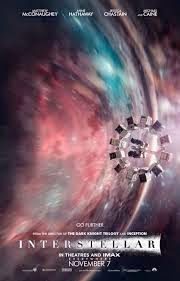 Oh--the wine part: The movie never said if the Blight killed grapes! Why couldn't we just cover the planet with grapevines? My modern grape varieties carry huge loads of fruit. Talk about Heaven on Earth? LOL

This is upsetting: Winegrapes from a huge portion of the southern San Joaquin Valley were sold this year for as low as $200 per ton. That is only $0.10 per pound. A lousy price for a grower.

To be sure, these aren't your upscale vineyards--these are factory-farmed grapes on vineyards thousands of acres big. Those grapes go into cheap wines. But the growers are switching to nut crops, which produce more revenue.

So the cheap-wine market may find a shortfall in grape supply. An ongoing pendulum shifting in grape/wine economics. 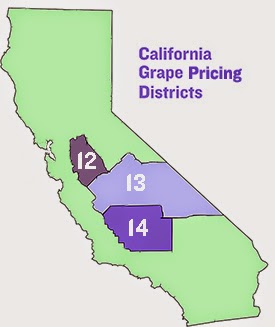