It's 105 today in South Carolina, breaking a long-standing record. And it's 99 today in Illinois, also breaking a record. Some rather-northern areas are getting plus-100 temps for the next ten days. Growers around the Midwest and South are starting to expect a drought and high temps this summer. Hard to say, yet, what it will mean for grapes. Could mean an early harvest and a small crop. They are already having a much earlier budbreak and flowering than normal.

Weather west of the Sierra Nevada and Cascades is not necessarily correlative. However, we are seeing earlier flowering than last year, in Portland, and the temps (and YTD Growing Degree Days) are higher.
at June 29, 2012 No comments:

A grower in the Willamette Valley saw 236 Growing Degree Days in April/May this year, versus just 38 for that same period last year. If this trend continues, we can expect that this year will be a better year for grapegrowing than 2011.
at June 27, 2012 No comments: 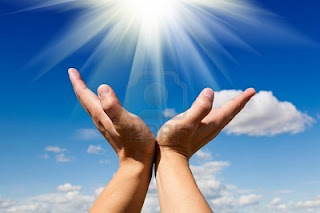 I really liked this wine upon opening several days ago. But tonight, after sitting recorked in the refrigerator (where, I tell my customers, all opened wines, white and red, belong, as the low temps retard oxidation and keep the wine fresh) this wine shone like a champ. It's young and had improved. It's kind of the first time I can truly say that, for me, a red hybrid wine matched the level of a really good vinifera wine. (My palate has hit this point repeatedly with white hybrids, but for me the reds have proved more elusive--though I've gotten very close, earlier, with Regent and with Noiret--so this, for me, is a big deal.)

The menu: (1) Black bean burgers with (2) mango-pineapple-red onion-cilantro-cumin-vinegar-brown sugar-green onion-20,000 Scoville units red pepper-salt-black pepper relish; and (3) creamed corn with roasted poblanos and carmelized onions (in a sour cream sauce). I'm not sure what about that menu allowed the wine to ring the bell so perfectly, but the corn/poblano/sour cream dish seemed a good match for this wine.

The wine: Color: Super-staining dark purple, truly a stunning color. Bouquet: a bit musky; vinous; nondescript (but so many good red viniferas have struck me the same way lately that I have begun to despair whether only the Kiwis (with their Sauv Blancs) truly understand the importance of a fine bouquet--perhaps, as the French do with a touch of Viognier in their Syrahs, some Muscat or other aromatic hybrid needs to go into red hybrid wines, to help the nose).  Palate: Thick, good body; big enough; smooth tannins; some vanilla from the oak; nice purple fruits; not as complex as high dollar vinifera, but better than 80% of viniferas at this price. No flaws whatsoever (which, you gotta admit, is fairly rare with red hybrid wines). I gave it 86-87 points when opened, and 88 points tonight. Darn good. If it had a good nose, another layer of complexity, and could finish longer, it'd be 90s. But, even as it is, it's way better than just good enough, AND it is saving the world. (And, it's from a northern vineyard, which is pretty exciting, as most fine big red wines of any stripe don't hail from near the "halfway point" of latitude.)

What helped this wine to reach this level? I read (see links below) that the winemaker started at Swedish Hill (interesting, because some of the S.Hill white hybrids really rang the bell for me in past years). Also that this one won Best Red at a NY competition. Also that the vines for this wine are 60 years old! Looks like the right skill in vineyard and winery with the right fruit and vintage (only that).

Some very interesting links about this wine:
http://eastcoastwineries.blogspot.com/2012/05/keuka-lake-vineyards-leon-millot-2010.html

Finally, we each have our (usually different) "Eureka" wine moments; your mileage may vary. But I suspect many lovers of vinifera reds would be amazed by this wine. I think, as the frailty of vinifera, imposed by our centuries of refusing to let it evolve, makes the environmental and monetary costs of vinifera spray programs rise to unacceptable levels, these kinds of successes with disease-resistant hybrid winegrapes will attract more and more notice. Eventually, consumers (starting with the green ones) will push the market over. What the hybrid industry needs is more and more successes, like Steve Snyder's high score with The Wine Advocate for his Regent wine from NW WA.  And then, of course, publicity. If Europe is starting to consider regulating the spraying of viniferas, can the US be far behind? I can tell you exactly what it feels like to be Cassandra, having a clear view (only sometimes, unfortunately) of the future, and yet almost nobody believes you or cares. If you're proved right after you're dead, does it make a sound? ;)

THANK YOU to all of the grape breeders who keep pushing the ball down the field, and to the winemakers who care enough to work their rears off to figure out a way to maximize the potential of these different varieties of grape. A most worthy endeavor.

Footnote for those readers are totally geeked by more detail: There are two clones of Leon Millot (which, itself, shares the same parents as Marechal Foch and Lucie Kuhlmann): There is Wagner's Leon (sometimes, "Leon Noir"), and there is Foster's Leon (sometimes, "Leon Rouge"); the former ripens later and has higher total acid, and I think is the basis of the above-reviewed wine; I am rooting the latter, which may make a softer, more Pinot-like wine.

KLE's notes: Seems like Fred Meyer, Safeway, QFC belong on such a list, for the variety and occasional great sales if for no other reason.
at June 14, 2012 No comments:

Sometimes a person posts some writing that is so concise and full of meaning (and wry humor) that it simply must be shared. This post relates to the topic of whether you can deduct a charitable contribution, concerning a decrepit home that you allow the local fire department to burn down, for training purposes:

Posted by Crow: "After reading over all these complications, I just decided to burn my old house down myself. If the fire department comes by and puts it out, fine; otherwise, it's no loss to anyone. P.S. I went through and made sure all the street people and kids was out of it. All I found was co-habiting squirrels, and a Vietnam vet that President Reagan made promises to, and never kept. I bought him a dollar meal at McDonalds, and a fried apple pie (which the teenager behind the counter referred to as "fresh fruit")."