Oregon has seen such a rush of plantings over the past decade that it's not surprising to see such listings. It would take a serious case of optimism to plant large quantities of Pinot Noir here now, and note that Southern Oregon is not known for good Pinot Noir, but even in the Willamette Valley I believe there are far too many acres planted.

There ARE other grape varieties that do well here. Why be a sheep? 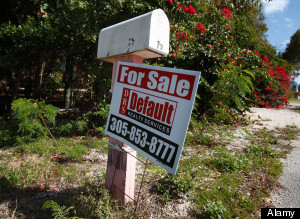 Notes on a couple of good wines tasted recently

1. Weingut Joh. Haart 2001 Kabinett Riesling: Eleven years old and still fresh and fruity! In fact, the fruit was so concentrated that the wine tasted sweeter than it was. Excellent balance; enough zip to impress with food. A rare warm year on the slatey slopes of the Rhein and Mosel. A very enjoyable wine. There are many sad things about this life, and one of them is that so many wine drinkers cannot enjoy a quality Riesling. Riesling is  one of the five or six greatest wine grapes on the planet.

2. Gruet Demi-sec sparkling wine: Wow! I knew Gruet's sparkling wines, and have sold a lot of them, but mostly the Brut Rose and the Blanc de Blancs. This is not as sweet as you'd think; the European descriptors regarding residual sugar (RS) in sparkling wines are not understood by us Americans. For example, this wine comes off as dry with perhaps the least hint of RS--my spouse won't drink sweet wines and she loved this one. Yet the makers call it slightly sweet. It's not that, but it is great. I want more! A sprinkle of dosage really helps bring balance to the acids and it helps the fruit notes shine.

Gruet's owner grew up in Champagne country, and found near-ideal growing conditions in high-elevation New Mexico. Don't laugh! This is high-score, well-respected bubbly! I think it's 100% Chardonnay but it wouldn't surprise me if there was some Pinot Noir in there, too; certainly the Chardonnay flavor profile is not overbearing in the wine.
at October 29, 2012 No comments:

Check out this grape trellis, in the Old Country. Some trellises are to resist extremely ferocious winter winds (such as the one that rips out of the Northeast towards the Dalmatian Coast), while others are selected for their unique grapegrowing/fruit ripening characteristics for a grape variety, and still others are done in a certain way because that's what's been done for centuries, with no special reason other than [cue Fiddler on the Roof:] TRADITION! 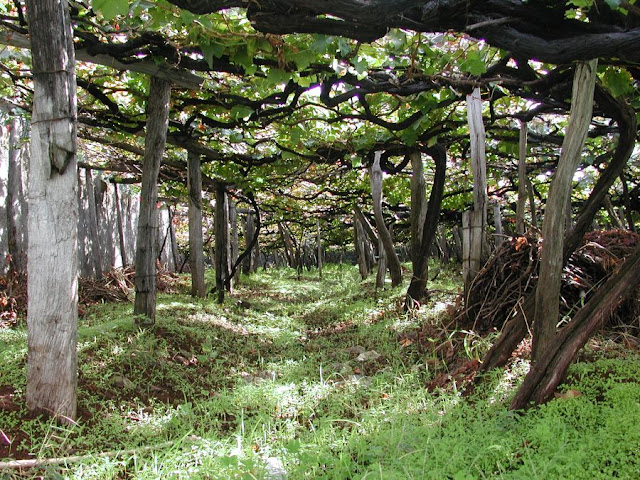 This article gives several examples of how hail, drought, and other natural maladies have reduced harvests this year in Europe, or in some cases resulted in no crop at all. Ouch. We were much luckier in the PacNW.


Today's Oregonian has an article (front page of the Business section) about the Oregon Pinot harvest. The photo (of Alloro's Pinot Noir grapes on the vine) looks pretty bad to me--many grapes are shriveled from this near-record-setting drought we've had this year. The loss of water in the grapes drives the sugar level crazy high. The article talks about the risk of excessive sugars and the resulting "hot" (high-alcohol) wines.

So I'm modifying my earlier statement about how this is likely to be a generally great vintage; I now think it might be great for some wines. I think the best wines may come from (a) vineyards that irrigated a bit in the past month, to keep the grapes plump but not so much as to dilute flavors; or (b) older vineyards whose roots have better access to groundwater even in this drought.

High-alcohol Pinot is no fun, and if water is added by the winemaker to reduce the alcohol, that can dilute the flavors.

The Fall rains come tomorrow night and hit in earnest on Saturday or Sunday. Goodbye to one of our longest, deepest summer droughts ever in NW Oregon. 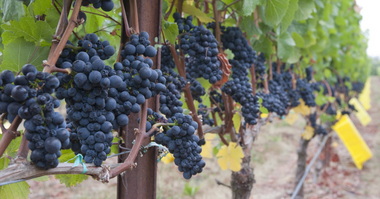 A study at UNC concludes that drinking wine, by itself, does not necessarily make you healthier (that's in contrast to the French Paradox*), but wine drinkers eat more fruits and vegetables and fewer red meats and fried foods, they exercise more, and they have lower body mass index scores, as compared to non-drinkers and drinkers who primarily drink beer or spirits.

One could be forgiven for concluding that wine drinkers are better-educated about lifestyle choices. I would expect that wine drinking correlates pretty well with college education and with income, and I think it's a no-brainer (subject to many exceptions, of course) that generally, more school and/or higher income lead to better lifestyle choices.

You can read the abstract here.

* The French Paradox is: "How can the French eat so many of those cream-based sauces on rich meals, and yet be thinner and fitter, and have fewer heart attacks, than other populations?" I think that later findings have indicated (1) the French don't eat more cream than others do; and (2) the French walk a lot more than some other populations (such as Americans, who walk very little and whose lifestyles often involve suburban living which requires extensive use of automobiles instead of walking); and (3) the hype about resveratrol--the allegedly life-lengthening substance in red grapes and red wine--was probably at least mostly just hype. 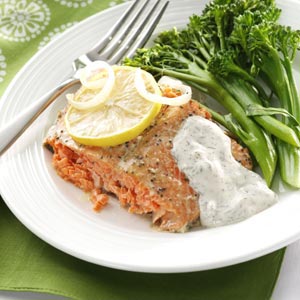 (photo courtesy of tasteofhome.com)
at October 09, 2012 No comments:

I have a few "modern varieties" of grapes still hanging, but have harvested seven varieties already (they ripen earlier than vinifera do, as a general rule). But I think most vinifera grapes are still out there on the vines. Their growers are glad to see a later-than-average start to our famous Fall rains.

The 15-day forecast shows 100% chance of of our first heavy rain on Oct 15, so that is a target date for some growers who will want to pick before it hits. But other growers who need a touch more ripening may wait through that cycle (they'll rightly say that their grapes needed a quick freshening from some rain; they may even rightly say that a bit of rain can push more carbohydrates (sugars) into the fruit, which at first seems counterintuitive). Too early to tell, yet, when the next rain will come, after the first wave hits. There is typically a following period of regained nice weather, after the first rain.

But usually the first Fall rains come in late Sept or early Oct.

We've had a very unusual drought this year--only 0.25" of rain in the July 1-Sep 30 quarter! That's the least in EIGHTY YEARS! And we always get rain until July 4-5 or so, so this is quite unusual.


(above forecast info is taken from myforecast.com)