Highest corkage fee in the world

Well, SOMEONE has to have the highest corkage fee in the world. It may as well be the French Laundry in Napa CA.

For only $150 they will extract the cork from your bottle of wine. Hell, I don't even let the restaurant pour the wine--it's just the tax we pay to be allowed the privilege of bringing our own wine to the restaurant.

Most restaurants pour only "baby" wines--they rob the cradle by buying and pouring wines that aren't even ready to drink yet. By the wine could have matured, it was already opened and poured for somebody. This is perhaps the greatest disappointment of the American Restaurant Experience. A few restaurants, such as Bern's Steakhouse in Tampa FL, have extensive wine cellars (OK, at Bern's it can't be underground, so it's a series of refrigerated warehouses), but those are more and more the exception.

It remains the best and cheapest way to have great wines for your dinner, to buy your own wine, age it for years in your own cellar, and take your bottle to the restaurant and pay a corkage fee. Why waste your money paying double or triple the wine's value, for a wine so young that you'll regret drinking it? Take your own bottle instead!

And never never never let the restaurant pour your bottle at your table. Tell them, right at the uncorking, that you will be handling the pouring. This is because the server doesn't know who wants how much wine, and indiscriminate pouring by the server will waste your wine into glasses where it won't be drunk. 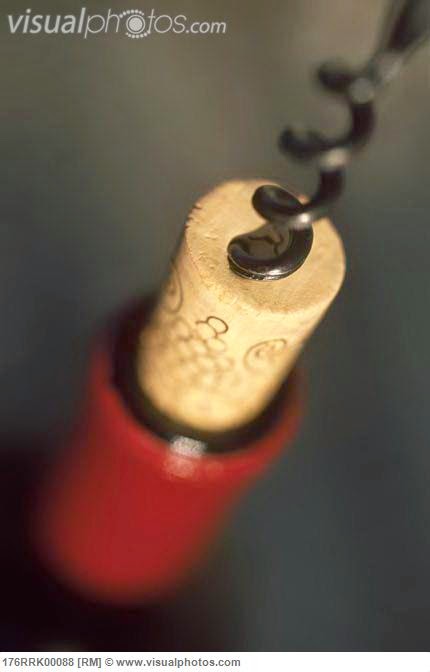 We had a stellar meal again there. With a fantastic wine. 2006 Cayuse En Chamberlain Syrah. The wine's bouquet faded after ten minutes, but at the outset it was amazing: forest floor, flowers, mushrooms, some pepper and lots of meat fat. What a nose! The wine was big and purply on the palate. Delicious. Had it with the French Board (wow) and a nettle pesto pasta. Amazing!
at April 19, 2014 No comments:

Check this out: A map showing areas of the world that will lose, and gain, the ability to grow quality winegrapes

This map shows scientists' best guess of the effects of climate change upon the world's winegrape regions.

Note that Tri Cities, Red Mountain, and Walla Walla will see loss of vineyard acreage due to the increasing heat. Ditto for the areas south of the Great Lakes. The Willamette Valley gains the ability to grow more kinds of winegrapes. Bordeaux and Napa are huge losers, as are much of Italy and Spain. This is why growers in Champagne are planting in southern England. Yes, southern England. It's a game-changer, folks. 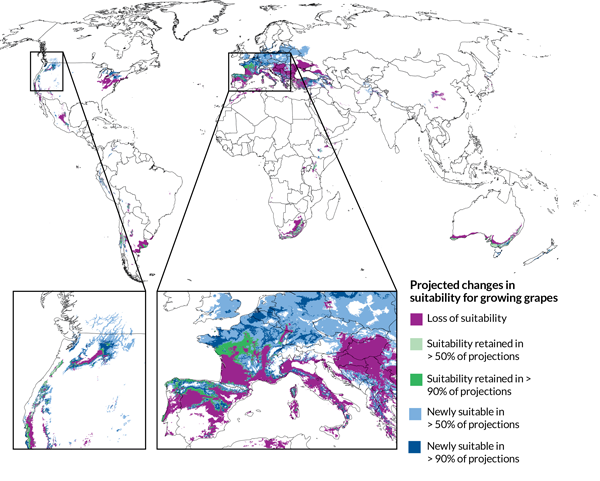 The article is here.