Read about it here.

I love this David-vs-Goliath story! A white wine from a modern grape almost nobody has heard of, beats the best vinifera wines from around the country. Even better, the winning winery is a tiny place that doesn't have a tasting room.

Epona Winery doesn't have a tasting room either. The government makes it almost impossible to have one--they can require traffic studies, and parking lot watershed studies, and they say you can't use well water to wash the wine glasses (which requires you to install a super-expensive water treatment facility), and the list of such rules goes on and on. The result is that it costs a fortune to open a tasting room. And your reward is to have limos full of drunk people come in to continue their party, while not buying much. And it increases your risk of a customer driving drunk, then blaming you for their own misconduct. 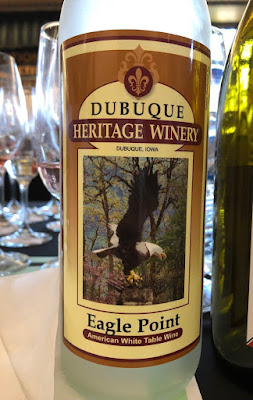 Two huge disappointments: In search of a good Spanish wine

No clue why both of these came out so awfully from the bottle:

1. 2006 Anares Reserva Rioja: $25 or so, and 90 points scores here and there. What a huge disappointment! This wine should be elegant, big, with fine oaky tannins and with its fruit still lively. In reality, it is thin, acidic, with no fruit. Just a disaster. A good Rioja should easily last this long.

2. 2016 Altovinum evodia Garnacha: An Eric Solomon import. Old-vine Spanish Garnacha should show forward purple fruits and great balance while still impressing with its heft. This wine (a gift to me) was also thin, with no fruit character and nothing positive enough to make us want to drink it. Another stunning disappointment. Yet it got 91 points by Jeb Dunnuck (Wine Advocate). Not an expensive bottle, but there are good $10 Garnachas. This just isn't one of them. Shame on the well-respected Solomon house for importing such a poor wine.

So this was a good Spanish dinner that saw no even halfway-decent wine served. 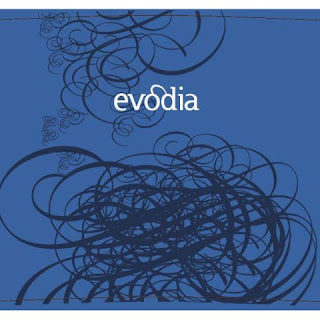 There was a time when I thought Charles Smith, at K Vintners, could almost do no wrong. He moved speedily up the quality curve, passing large and small WA wineries alike with wines that came to garner routine high-90s scores from the likes of Robert Parker. Say this about Charles Smith: He is a genius. The few times I spoke with him (starting with a tasting at his Walla Walla farm tasting room when HE was pouring, in about 2000), I quickly saw that his mind is truly exceptional: He spoke at 99 mph and I couldn't perceive it all, but I could tell it was special. For a guy who managed R&R bands in Europe, he sure did understand wine.

A few years ago, I put him, and Cayuse's Christophe Baron, as the only wineries in WA that deserved to be "First Growths" (comparing WA wineries to Bordeaux's classification system for Grand Crus). I also added the white and rose wines of Barnard Griffin in that category. But (and isn't the way with the USA?), those rankings change radically, in just a few years, unlike Europe where generations of family carefully tend their estate's reputation.

Fast-forward many years. Now, Charles has sold most of his labels for many millions (more than $10m? more than $100M?). Most people would stop working so hard, to achieve greatness, if they were worth ?$10M or ?$100M. Charles is still making wine I think, but it's hard to imagine how his heart can still be "hungry" in it. Or maybe he is bored with what worked before, and is exploring new avenues that most of us think are misplaced.

I opened his 2013 "The Creator" tonight with grilled thick pork chops, sauteed squash, and a salad. Check out the label, where he casts himself as an angelic God. That is just too much. I'm not religious, but I think I know a god when I see one, and this is no god. It is a good wine. Maybe not the great wine I used to think it was, but it's a bit complex and interesting--certainly drinkable. But is it worth $60 or $80? (I forget)? No way. Not even close. I'm making a Syrah that is way better than The Creator (a Cab-Syrah blend), and I'll sell my Syrah for about $15-$20 probably. Charles is a genius--he was able to mold his environment (as C. Baron does) into a frenzy of demand for his wines. I'm not jealous; I'm in awe.  But send some of his wines to CA into the auction market, and you will quickly learn (as I recently did with his supposed-best Royal City Syrah, costing about $100+), that current wine buyers do not see value there, despite high scores from some well-known critics. Royal City Syrah is spurned by buyers; I dropped the price three times--way below my purchase price- and still no bids. Live and learn. I disengaged from Charles' mailing list; it wasn't worth it. I finally decided his wines didn't serve me what I deserved, from all my years of supporting him with my purchasing dollars.

I will say again: Anyone can overpay for wine. It is the easiest thing to do and takes no skill at all. What is really difficult is to find good wines for lower cost. That is the hunt worth pursuing.

And I hope that Washington fine wines will reach the point where they can maintain quality for generations, as in Europe.

Fascinating. What do you think when you know (1) the 2018 Bordeaux wines are high-alcohol, high-tannin, and low-acid, from a "hellish" vintage (meaning stark contrasts of too cold/wet and too hot); but (2) the critics say the wines don't taste that way at all, and are magnificent, perhaps on par with '82 and '59? I confess I can't make much sense of it unless #2 is pure marketing lies, which is very unlikely given the fine reputations of the critics. But this points up the complexities of appreciating fine wines. Wine chemistry is amazingly complicated.

This is an email to me from Philip Bohorfoush:

The 2018 Bordeaux en primeur has begun and the vintage is receiving tremendous accolades.  James Suckling calls the 2018 “an exceptional vintage” and Antonio Galloni comments “the best 2018s are positively stunning.”  2018 is a dark fruited vintage with intense, concentrated fruit, great freshness, and significant tannins.
James Suckling

The finest wines are beginning to release.  I have included a table below with our top choices and their scores from James Suckling, The Wine Advocate, and Antonio Galloni.
If you would like me to make sure you see the new releases first including first tranche pricing, please let me know.  Also, please feel free to reply with your wish list for ease.
Many thanks!
Philip
James Suckling: 2018 Bordeaux – An exceptional vintage

Antonio Galloni: 2018 Bordeaux – Back in Black
Saint-Estèphe
Saint-Estèphe is one of the unquestioned overachievers in 2018, the best and most consistent vintage here since 2014. So many wines are brilliant. Cos d’Estournel and Calon Ségur, in particular, are extraordinary. Montrose and Lafon-Rochet aren’t too far behind.
Pauillac
Pichon-Comtesse, Pontet-Canet and Latour are the most exciting wines in 2018, while Grand Puy Lacoste, Pichon Baron and Lynch Bages are just behind.
Saint-Julien
Saint-Julien is another star in 2018. Granted, the appellation is small, quality is often fairly homogenous. Nevertheless, I was deeply impressed with what I tasted. Léoville Las Cases and Ducru-Beaucaillou are off the charts
Margaux
Margaux is arguably the appellation on the Left Bank with the widest separation of quality and style of wines. Yields were especially impacted at properties that farm biodynamically. Rauzan-Ségla, Palmer and Durfort-Vivens all boast off the chart unctuousness and concentration, while wines like Giscours, Cantenac-Brown and Brane-Cantenac are more gently shaped by the growing season. Château Margaux turned out a brilliant performance across all three of their wines.
Pessac-Léognan
Pessac-Léognan is one of the most variable appellations in 2018. Among the reds, Les Carmes Haut-Brion, Domaine de Chevalier, Haut Bailly, Pape Clément, Malartic Lagravière and Haut Nouchet are among the highlights. Haut-Brion and La Mission Haut-Brion are less exciting than they usually are, while Smith Haut-Lafitte (Rouge) was not well put together on both occasions I saw it.
Pomerol
Pomerol is one of the real sweet spots in 2018. Petrus has never been so sensual, inviting and arrestingly beautiful from barrel. Lafleur is utterly magnificent, as are Trotanoy, La Fleur-Pétrus, La Conseillante and many others. Vieux Château Certan is deeply intriguing for many reasons, including the high percentage of Cabernet Franc relative to the recent past, but it remains a somewhat enigmatic wine at this stage.”
Saint-Émilion
Moreover, the stylistic shift under way to make wines with more freshness and energy than in the past is heavily centered around Saint-Émilion. Specifically, I am thinking about Troplong-Mondot, Canon and Beauséjour Bécot, Figeac, Millery and Le Prieuré are all wines that emphasize finesse over power. Experiments with large casks at Angélus are fascinating and yet another example of how much things are in a state of evolution in Bordeaux.  Cheval Blanc is another star…the 2018 Cheval is sensual, creamy and incredibly inviting.”

Unusually, it follows the 2016 vintage year. Usually declarations of a vintage port year (when the port is bottled with a vintage year, instead of bottled NV or non-vintage) are fairly infrequent.
at May 10, 2019 No comments: