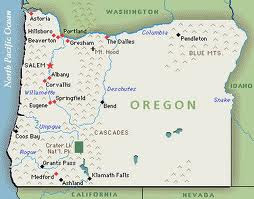 OPB had a great radio panel, with call-ins, last night. The primary speakers included Sam Tannahill (of A to Z Wines, Oregon's largest (and most virtual) winery and also of Rex hill) and a pair of academics. Everyone involved is VERY knowledgeable and experienced on the subject of Oregon grapes and wines; in fact, they are impressive as hell and I am proud to live in a state which has so many experts involved with grapes and wine. We should all be proud.
Our pride, however, cannot make the summer warmer.
Against a year with a long, cool, overly wet winter, and a late Spring, with mostly below-average summer temps, and more cold rains in late Sept and early October than we usually see, and a Growing Degree Days total that is well below our average, one might expect this could be one of the worst years ever for the Willamette Valley, as is being widely reported.
And, when industry leading lights argue persuasively that they have figured out how to make good Oregon Pinots from years such as this, we want to believe them, we want them to succeed, we want them to be right. But we also know that their jobs (or at least their bonuses) depend upon customers' believing that the wines from 2010 and 2011 are good, so how much credence should we give their words? We will see what the critics say, although "score creep" is a disease that has overtaken every independent critic, and the sale of their newsletters depends on their depicting large wine markets and vintages as good wines to buy; I think the pro critics' ability to cry "awful" at large numbers of wines and years is limited by their own economic needs.
So, where can each of us turn for a true assessment of the 2010 and 2011 wines? The answer lies inside each of us: we look to our own olfactory nerves and tastebuds. They should tell true, if we approach them in a neutral, curious manner. To thine own self be true . . .
See the interview/article here.
at October 12, 2011