Growth in wine demand is slowing as Boomers age:

1. Growth in "premium" wines (wines costing more than $10--that shows you how far up in the wine price curve you are!) is slowing dramatically, probably due to the movement of Boomers away from wines (as they develop age-related health issues, and/or die), and the relatively higher support among Millennials for hard liquor, with less demand for wine. Also, many Boomers who still drink a lot of wine are transitioning to slightly less-expensive wines, as they begin to adjust to a retired life on a fixed income.

3. Most wine consumers are still moving up in the price curve, but this is predominantly moving up out of the $4-$7 price range, to prices barely higher than that. 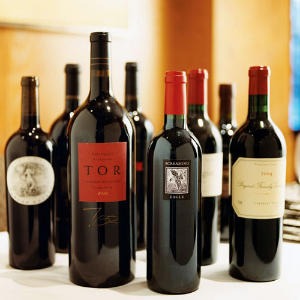 (photo credit to google.com; pictured are some hyper-expensive wines)

On The Myth and Mystique of Terroir

On the Myth and Mystique of Terroir:

"Terroir" has meaning, but not the one claimed by many higher-priced wineries. There, it is more of a false marketing concept than anything else. The idea that minor differences in soil, light, wind, rain, and drainage (in short, your "terroir") make your grapes and wine fundamentally different from the grapes and wine made just across the road, is far more fancy than reality. My clay at Epona Vineyard in SW WA is sixty miles from the vineyards in the Willamette Valley, and yet it is pretty much the same clay that's at Ken Wright, or Beaux Freres, or at any other vineyard in the Willamette Valley. Sure, their clay may have more or less Manganese than mine, or mine might have more or less Magnesium, but the differences aren't enough to make our grapes taste significantly different from each other. And you can give names to the different clays in this area, such as Jory, or Willakenzie, but it's clay! And the fact that the Missoula Floods deposited some boulders from Canada ("erratics") throughout NW OR and SW WA, is very cool to study, but doesn't do much to differentiate vineyard soils in this area. The soil in SW WA is generally the same as the soil in NW OR--it's just that a giant river cuts through the middle of it, creating a boundary that we incorrectly assume means differences in the dirt on both sides.

There can be huge differences in the wines from vineyards that are adjacent or a few hundred yards away, but that is not due to terroir; it is due to different winemakers' skill levels and practices, and different harvest timing, and a thousand other such variables.   You can call that "terroir" if you like. But it's not. If you listen to the higher-priced wineries, you would think their site is so special that you can hear angels singing there. Um, no.

And yet, it is true that the same grape will taste different across the world. if you want to see the differences that sites can make, in a grape, consider Sauvignon Blanc: In New Zealand it's got great (really great) lime notes, with a bit of a crushed oyster shell note. In France, it is minerality that drives, with more-subdued fruit notes. In the western US, it is less mineral and has stronger fruit notes, and it can be more grassy than lime-y.  But those are gross regional differences. And they're not always present. Most wine lovers probably couldn't pick out which Cabernet Sauvignon or which Chardonnay was from Napa, or from South Africa, or from Chile.

So my advice is to think of "terroir" as a useful term, only when talking about the soil and sun and water IN A REGION, but don't fall victim to the marketing hocus-pocus that claims "our terroir is unique and better than our neighbors'." Just about everyone in these parts has good soil and great grapegrowing conditions. Yes, at a microscopic level there are differences in the terroir of each adjacent site, but the skill level of the winemaker, and a thousand other factors, are far more important than those tiny differences in terroir. 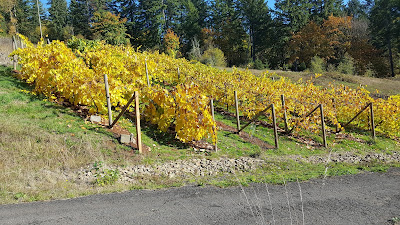 Ojai usually sees budbreak in early March. Their Viognier broke out on Jan 31! What a warm winter we've had, up in SW WA also. The article is here.
at February 09, 2018 No comments:

Awful bottle. Little fruit evident. Predominant flavor is licorice; yuck. And it is far too hot at 15%; this isn't a port, people. When I consider the cost of this Brunello ($90 retail), it's a disaster compared to other Brunellos. Notice that only J. Suckling gave it a really good score; the other pros did not. Stay away! There are many better Brunellos out there, for less money. What a disappointment.

A fine Brunello should sing like an angel. Wow, but this is awful. 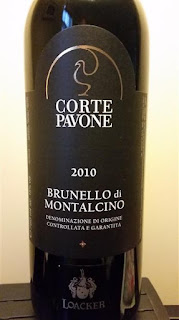 We opened our first bottle of this wine tonight, with an awesome ragu. And, for background, please recall that I found this one one a great close-out sale, and researched it and offered it, without being able to taste it first.

1. This is a well-made wine, though it is quite different from a classic Sangio from Tuscany: This one is much mellower--perhaps to the point of indolence. It does not have the acidic profile that is typical--perhaps due to the heat of Wahluke Slope compared to the Etruscan clime; instead it is very mellow, structurally. It is lazy, to my mind, but laziness bred of a confident mind. It is its own drummer. I found the dominant note to be coffee, with an dark undercurrant of cherry, but the acid is so low that it comes--THIS CLOSE--to flabby. Not a bad buy at $12, though very different from "typical." Different, even, from such WA Sangios as K Vintners' (though that one costs more than this one). I prefer a Sangio that is midway between Old World and New World in style, whereas this one is definitely all New World and even then its acid is far lower than normal for this varietal.

2. If you are willing to ignore this wine's eschewing the normal "desire to please," if you are OK with a wine that says, "this is what I am, and I don't care what you think," then this is an interesting wine. I liked it with the ragu (in fact, I was fascinated by it), but Jane didn't--she is enslaved to the world of "typical Sangio." Which type of winelover are you? Are you the one who indignantly pronounces, "but this one is different, and therefore worse?" or are you willing to look deeply into swirling mists of the unknown, to try to understand the novelty there, and being made better by the exercise? 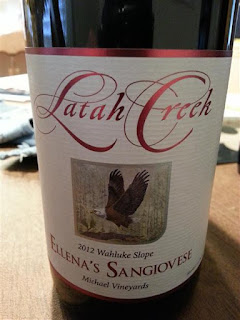 One good winery buying another. The story is here.

I've always liked Harry Pederson-Nedry and his wines. He was the first to plant in what is now the Ribbon Ridge AVA.  Chehalem made some very good wines that were priced low enough that buyers were grateful, compared to what some saw as aggressive overpricing by other Willamette Valley wineries.

Harry taught me about how long Riesling can hang--into November! I'm glad he will continue to grow grapes and make wine, under the RR label.

Stoller has a very large operation (very large for NW Oregon), and is committed to wine quality and environmental conservation...I like that grove of trees in the middle of their winery vineyard. 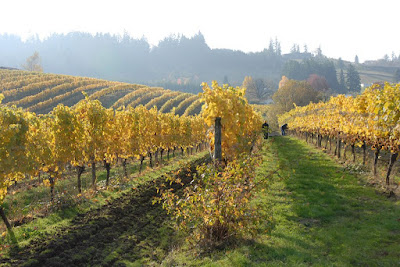 (photo of Chehalem's Ridgecrest Vineyard, from the Chehalem Winery website)
at February 01, 2018 No comments: