This article announces a sale of the last open tracts in the tiny, and justifiably famous, Red Mountain AVA in Washington.

John Williams planted first on Red Mountain in 1975 (that land is Kiona Winery now), and since then the area has seen more and more superbly-high quality grapes grown by many wineries.

Note that Duckhorn (a Napa winery with overpriced, substandard wines in my view*) is one of the bidders; I sure hope they don't win the Red Mountain land, as I fear that would drag down the quality, and push up the wine prices, out there. Fingers crossed, everyone, for a quality purchaser!

*I may be the only person alive who dislikes Duckhorn wines. Spectator gives them (overall) a bunch of scores in the 90s, but also many scores in the low 80s, and in the 70s, and even one score of 68! 68! Would a respectable winery issue a wine like that? All I know is that when I went to a Duckhorn tasting at Zupans once, the wines were shut down and terrible. Maybe that only means they don't know how to train a sales rep to make sure the poured wines are good/ready, but even that is a sign of a substandard winery. 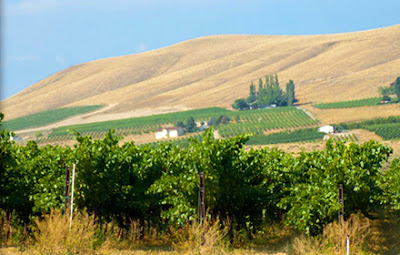 It's always a list of some nice wines, but it's also good for finding some wines we hadn't heard of.

Here are Oregon Pinots on this year's Top 100 list:

Certainly we could name some equally-good (or better) Oregon Pinots that are not on this list. I wonder how a 90 point Pinot made it on the list! Maybe Spectator is flabbergasted that any decent Oregon can be found for less than $20 ;)

Better to go hungry in Hungary,

In Hungary, a winemaker fed up with thefts of his wine, laced some bottles with antifreeze, and six people were poisoned as a result (the thief, and five friends). The thief died and the winemaker is in prison.

This was reminiscent of an incident years ago in Hungary, when winemakers added antifreeze to their wines, to contribute body and sweetness (from the propylene glycol), but that was in such small amounts that one would die from alcohol poisoning long before drinking enough to get sick from the antifreeze. Still, it was illegal and the winemakers were punished.

And: years ago, a Hungarian cucumber farmer, fed up with thieves of the oblong green fruits, electrified his fence with 220 volts and killed a human thief as he climbed over the fence. "I didn't know that 220 volts would be so lethal," said the farmer.

Clearly, nobody should mess with Hungarian winemakers or farmers . . . 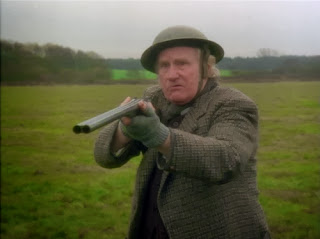