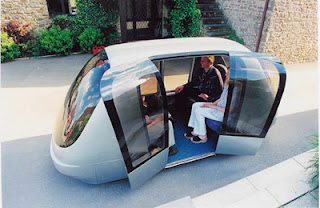 How about picking up your wines this way:

In about ten years, fully-automated cars will be available at dealers near you, but it may be thirty years until the average consumer can afford it. Free University in Berlin, and Google here, as well as other companies, have already developed cars which use GPS and other locating and imaging technology to drive themselves without any driver assistance whatsoever. They react quicker than we can and should cut down on accidents and will even reduce traffic congestion. I say it's about time.

And if no driver is needed, just think how handy it will be to send your under-sixteen kid (or the house robot) down to the store, to pick up some milk. The car will drive itself.
Read the article:

"Witch Grapes" for your Halloween: 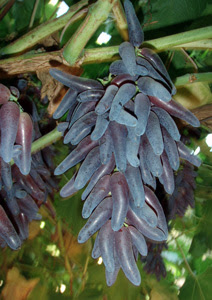 Now they're out with a long, pointed grape that is exciting chefs. 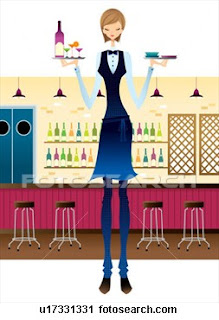 a WONDERFUL piece in Slate:

It concerns the rudeness of waiters who rush the table and, without asking, seize up the wine bottle, and make pours all around.

I have long railed against this practice. It is stupid, driven by the wrong motives, and rude. Please take control of your dinner table (after all, it is yours--you are paying for it) and inform the waiter that your table will handle the wine pours, thank you. If you receive any backtalk in return, then enforce your request, vigorously if need be, and take the tip to zero. 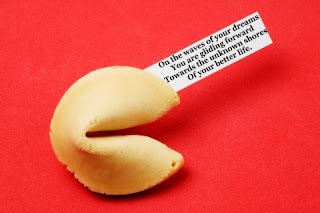 I bet all of us have read at least one fortune cookie whose message made us stop and think. Granted, many of the "fortunes" are ridiculous and it is unlikely that some machine in China understands enough about our individual lives to create a fortune useful to us, as single human individuals, and certainly the cookie delivery process is not able to predict when YOU will be dining in the right place and at a time to receive just the cookie meant for you. And if it's random, then it's an utter joke as a "fortune," right?

Come to think of it, isn't a little insulting that ANYBODY would try to foist some fortune upon each of us, with such helter-skelter circumstances? What if I get a cookie saying I'll inherit money from an aunt, but I don't have an aunt? Not to mention that I reject the idea of anyone's successfully foretelling the future, as that ability would deprive me of my freedom of choice, right? (Granted, there is one very noble kind of fortunetelling, and that is the projection of observable trends; that is a(n almost) scientific process, and is a powerful planning tool, when properly utilized.) But we don't often see fortune cookie messages stating something like, "Given the U.S. unemployment rate holding at 9.1%, and a Consumer Worry Index rating of 13.3, we can speculate that a possible impact upon the closing of new car loans is . . ."

I digress. The point I wanted to make is this: The best "fortunes" in cookies are not fortunes at all. They should be called "wisdom cookies."

The piece of wisdom I received once, my best fortune cookie ever, sits taped on my desk at work. It says simply:

To make this more meaningful:
-- 2010 was a cool vintage, not unlike 2011.
-- 2009 was a warm, typical Washington vintage (until the Oct. 10 frost, that is).
-- 1999 was a benchmark cool vintage, one considered a bit of a miracle because of the warm September and October that helped the grapes ripen to near perfection.
Sauer said about 22 heat units can be accumulated per day in near-perfect conditions. He also said there were other circumstances that can make heat units an unreliable measurement, such as temperatures over about 95 degrees, when vines will shut down and go into survival mode.
He said he will begin picking around Sept. 26, about the same as last year's start. In a typical year, he begins harvest Sept. 12 or so.

So, perhaps Eastern WA is about 2 weeks late, at this point.

(all info quoted from WinePressNorthwest newsletter)
at September 13, 2011 No comments:

Those low vineyard walls are in the Cote Rotie (in the Rhone Valley, I think?), and are made in the style which the Romans used there 2000 years ago. Not sure why the walls are there, unless it's for terracing. Terracing, whether for rice in Asia or for grapes in Europe, is a lot of work. Think of the terraces cut from sheer slate in Germany, for Riesling . . . 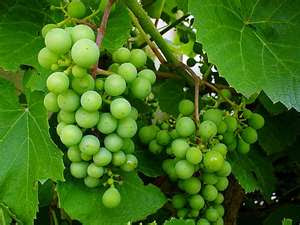 
I had my first veraison on Aug 30, in the Regent grapes. That is only 4 days slower than last year. My Jupiter and Interlaken still haven't turned. Once veraison begins, Pinot Noir needs about 35 - 40 more days for full ripeness (that's highly variable based on weather and site); I'm not sure how the hybrids compare to that but I'm hoping they'll ripen faster than vinifera.


Pinot Noir around here is just now hitting veraison, so growers need good weather until approximately October 5-15. We often get rains before then. Fingers crossed! (I keep saying that, as if it will make a difference.)