Thanks to the Vinopolis wine store in Portland, for including a very thoughtful essay-ette at the top of this week's offerings on their website.
Vinopolis notes that they are are finding good bargains-for-high-quality more on the European side than among U.S. wines now. They speculate this is because on the Continent the wineries manage their price only to their cellar doors, and after that, let market forces come what may. In contrast, in America, wineries try to regulate retail prices for their products all the way to the consumer. I suppose this is an outgrowth of the U.S.' addiction to marketing and the theory of consumer control.
Having said that, however, as my customers know, I've been offering many super-high-value quality wines lately, all from U.S. wineries. I think this is a temporary condition, brought about by the vast oversupply of wineries and wines in CA, OR, and WA, and the plummeting demand for $20+ wines in our shaky economy. Too, the skyrocketing debt of the United States has sparked its once-proud currency's fall against even such former deadbeats as Phillipines, Mexico, and Argentina. This gives U.S. wines a price advantage against foreign competition.
Given this, perhaps the only force making some U.S. wines too expensive is the greed of the winery owners. But as stocks build up and refuse to fall, that greed will give way to cold hard reality. Unless China is buying the premium wines, their prices must fall.
What should a drinker-with-a-cellar do? Buy some good longer-lasting wines and lay them down. Search out those good wines in the "$12 and less" category and hike your present consumption of those. And keep reading the news . . . 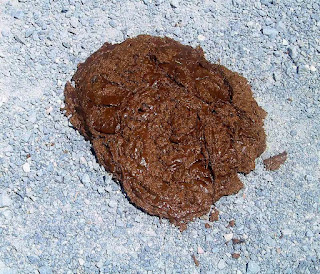 What an excellent piece on Slate, pointing out the immense (and deceptive) B.S. that goes on with regard to wine descriptions.
For example, a world-reknowned critic whom I greatly respect said a wine had a nose of "graphite, black currant liqueur, incense, and camphor."
Whoa--Doesn't graphite have no odor? And there are MANY kinds of incense, with hundreds of different smells; isn't "incense" impossibly ambiguous? And camphor? Surely not a smell anybody would want in a wine.
I doubt the skilled winelover's nose can pick out more than a couple or three different aromas. And they are usually pretty basic aromas, at that: black fruits, or red cherries, or cranberries, or cedar, or leather, or earth, or lemon peel. Pretty basic stuff. Sometimes we might whiff something odder, such as petrochemical smell in a Riesling. But, surely not four or more unusual smells, all in one wine???
Let's all try to limit the descriptive B.S., OK, critics?
http://http//www.slate.com/id/2285723/
at February 23, 2011 No comments: 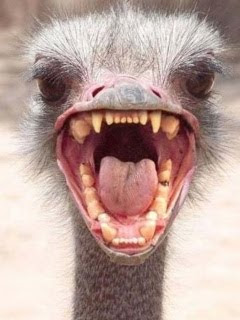 2010 was a terribly tough grape year in the Beaver State. Winegrape production was down 24%, from about 40,000 tons to just 30,000 tons, due in equal parts to bad weather and record-setting animal damage. Given my own experience last year, I am surprised the reduction was so small, but if you hire enough high school kids to patrol the vineyard all day long with ATVs and shotguns, I guess you can somewhat limit the damage from starving birds. The birds were starving because mid-summer rains and cool weather ruined the wild blackberries (after we had picked ours, in superb condition, for our blackberry port, thank you). So the birds had to commit all their (considerable) mental resources to infiltrating the nets on the vines. I netted my vines very tightly, and used bird-repelling reflective tape, and had a feral cat out there, and was out patrolling as often as one can with a day job, and still I lost about 90% of my crop.
Bottom line: The low yields and higher costs (from hiring extra labor to repel birds) will conspire to reduce bottom lines at wineries, who can ill afford yet another body blow after years of a sick economy on the heels of a massive overbuilding of new vineyards and wineries.
at February 17, 2011 No comments: 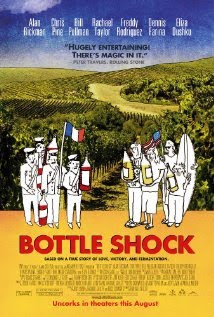 I am not usually the first person to see a new movie. We have a long Netflix queue ;) But all of you kept telling me I needed to watch this one, about the famous "Judgment of Paris" in 1976, in which white and red wines from Napa Valley, CA defeated some of the best French wines, in a blind judging by a panel of nine French judges.
This was heresy at the time, so much so that one judge (Madam Kahn), upon hearing the results, did not exactly cover herself with honor; she demanded her ballot back and denounced the other judges. Only one journalist was present, but that was a writer from Time magazine, and soon the surprising news got out and the rest, as they say, is history. Napa exploded to become the overpriced bastion of great-to-poor wines that it is today.
So, what of the movie? In places it is dull, poorly-paced, and its characters are not quite human. Its plot jerks in fits. Its characters do things which aren't in character. It takes amazing liberties with the truth (see below). But it is also very touching in places, and accurately conveys the difficulties experienced by people who live their passion, who put in years of toil, risking all, yet sometimes fail. The flick strengthens wonderfully at the end. At least it is ABOUT something, compared to Sideways, which was about a loser for whom it was difficult to care (and that movie also single-handedly torpedoed the classic and brilliant Merlot grape--a form of "terroirism" which can never be excused).
Overall grade for Bottle Shock: B
Just some of the incorrect portrayals in the movie:
1. Bo Barret and his dad did not have a boxing ring, nor did they box.
2. Bo was not the loser depicted in the movie.
3. Bo did not attend the tasting event outside Paris.
4. The Chardonnay did tinge brown and then recover, but it all happened before shipping the wines off to France.
5. Although the pretty female intern helped move the story along, Napa did not hire female interns until 1982.
6. There was no real-life bartendress, and she did not purchase the entire stock of Chardonnay to save it from the dump.
Fun collateral facts:
a. Mike Grgich was the winemaker at Montelena during the Paris tasting. He did not want to be protrayed in the movie.
b. Jim Barrett was/is a lawyer and is still, at 81, involved with running Montelena. Bo is the winemaker there now.
c. Bo's wife, Heidi Petersen Barrett, is a famous wine consultant, being responsible for the triumphs at Screaming Eagle and many other wineries.
d. Gustavo's character is real. He has his own winery now.
e. Follow-up tastings with the same wines were held, and almost every time the California wines beat the French ones. This included some very notable French wines, such as Mouton, Montrose, Haut Brion.
f. However, statisticians say that the method of tabulating the scores was flawed (in each case the wines were scored from 1-20, and then all scores were added up and the total divided by the number of scores; that is how I would do it, but apparently it is not sufficiently scientific.)
g. I am of course happy that good wines from outside France came to be known as world-class. However, I have had several older Montelena cabs and they just aren't among the best wines that I've had. Some of them, however, are very good.
at February 15, 2011 No comments: 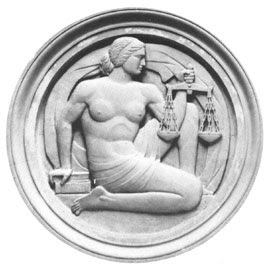 In the Oz-stentatious corner (get it?) we have Wirra Wirra Church Block, a comely Aussie blend of Cab, Merlot, and Shiraz. In the Zinful corner, there stands the Artezin Zinfandel, hailing from the mountaintops of Central California.

The former is the favorite of one of my wine customers, whereas the latter is one of my faves from the prestigious ZAP ( Zinfandel Advocate Producers) festival of 2009. (Note: there is an even cheaper, and almost-as-good Zin; it is called Seven Deadly Zins, is widely available at grocery stores (and even cheaper, through me), and besides having a name cooler than a cucumber in Tierra del Fuego, it is a very good wine for your basic $11 or so).
Anyway, the Wirra and the Artezin are about the same cost (think maybe in the $14 ballpark?). I poured these babies in double-fisted fashion, to enjoy with ancho chili-braised beef short ribs. What an ideal foil for a challenge! Those ribs have: lime juice, maple syrup, coffee, soaked ancho chili water, and if you don't think that sounds excellent then you haven't had them at my place.
The Wirra Wirra dispensed with polite nasal distractions; on the bouquet it sported just a hint of imaginary muscle car, as if to say, "Only poofters worry overso about the nose of a wine. Let's get it on!" It was like your friend's rebuilt 1968 Camaro in high school, repainted dark black, revving at a red light in hopes of a drag race, whereas the Artezin lifted up a proud melange of blackberry and spice. IT was like your favorite high school girlfriend in a pretty dress, posing for pictures before the dance. Or, rather, it was like how YOU felt while you watched your girlfriend pose for those pictures.
On palate, the Wirra is big and pushy. If you're feeling like the world just doesn't understand your jokes, if you wanna sing "Forget You!" like Cee-lo doesn't (I think he uses a slightly different F-word, and since when has a song with the F-word been nominated for a Grammy? My, how times have changed; I suppose we'll all start using the F word in everyday conversation now, such as "Why, F*** you, yes, I would like some more water,"), then this is the wine for you. If you admire a wine that can lift a fist from its glass and punch you right in the schnozz, this is it. But the Artezin is class in a glass; it sings a harmonic balance. It redefines "concert." It's velvet wrapped around a woman's body, but with an edge of finely-wrought steel. It is a thousand pure-throated singers all giving us a diminished 7th at the end of a song by The Who, before an audience that includes you, me, but also some princes and princesses, with smoke still hanging in the air from some successful stagecraft but maybe something else.
There you have it. Wirra Wirra: B/B-. Artezin: A/A-. Govern yourselves accordingly.
K
PS-That's our Goddess, Justice, in the photo, ready to weigh these two wines for us. You can find that relief statue in the halls of the New York Supreme Court. I don't really know this Goddess firsthand, but she's a friend of a friend. Six degrees, no?
at February 08, 2011 No comments:

Whitman Cellars was shut down and all assets seized last week. It owed $2.7M that it could not repay.
This follows on the heels of the closures of Canoe Ridge, Yellow Hawk, and Nicolas Cole.

It's likely there will be more to come.