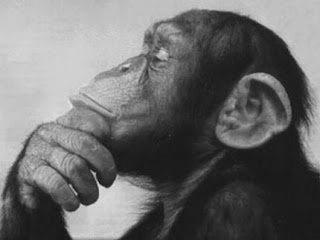 It is sometimes said that, in winemaking, first you learn the science, and then you learn the art. The grapegrowing winemaker must be a skilled artisan--botany and chemistry will get you only so far. But could it be that deeper and deeper understanding of science starts to invade the territory of art, much as our modern understanding of germ theory replaced the former superstititous belief that plagues were sent by an angry deity?
Some winemakers taste a sample and just intuit that it needs more oak. Others would approach that result through very complex objective testing. Is the first an artist, and the other a scientist?
Surely "artists" have no monopoly on the creation and enjoyment of art. Is there more science in art than most artists realize? The very process of creativity can be chased down to the firings of neurons in the artists' brains. As we learn more about the science of creativity, will we learn everything there is to know about the inspiration of the most creative artists?
Could a robot paint something breathtaking?
I will try to form some more-impressive thoughts on this topic, instead of the above disjointed, rambling musing. Stay tuned.
at November 21, 2009 No comments: 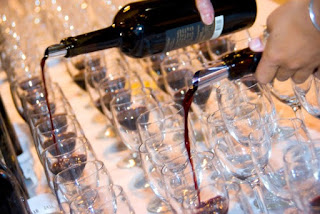 Anyone who thinks analytically is easily swayed by measurements. If an expert tells us that this is a 92-point wine, we tend to believe there is some difference, however faint, between it and a 93-pointer. After all, we can acccurately measure temperature, brassiere sizes, and the speed of a fullback---why should wine be different?
Well, wine IS different. Indeed, we can measure the wine's total acid, the pH, the residual sugar, and even the tannins and sulfites. But there are countless other factors, working away in the deeper biochemical levels. Altogether, this myriad of elements drives what we think when we taste and smell a wine. And many of those factors change over time, as the wine sits in its glass, or is rudely jostled during a trip to the wine judging event, or even as our own olfactory nerves' sensitivity changes, from hour to hour.

As a result, the process of scoring wine cannot be totally scientific. It gives us at best a snapshot of what one expert thought, at one time. But we will all keep using scores. Let's just remember what they are: rough approximations of what one person thought a wine was, at one moment in time.

It's OK if you don't like a 95-point wine. It's fine if you love a wine that some critic gave only 82 points. All you really have to do is to learn what you like, and perhaps learn which advisors to trust for YOUR palate!

Let's give scoring its place, but we all know that the poetry of wine is entirely subjective. Science, and even language are utterly incapable of capturing it.